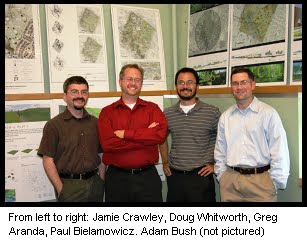 The Gus Garcia Park located in Austin, Texas was facing grim circumstances in 2007 when it lost city funding to be built. By taking information from the community, a group of five young architectural professionals were determined to provide support to this regional park and formed an organization called the “Friends of Gus Garcia Park”. Through months of meetings with Windsor Hills Neighborhood Association, Austin Parks and Recreation Department (PARD), the park was on its way to major improvements.
These leaders creatively formed a competition for architects around the state to submit ideas for a new master plan for the park. Quickly thereafter, young professionals from across the state, including students from five of the seven architecture schools in Texas, began tackling this project head on; two of these schools made the park the focus of their studio project which is the final application of their knowledge gained throughout the course. The proposals were examined by the public and recognized by Mayor Gus Garcia at an event that celebrated the creative work from all of the competition entries.
The competition was such a success that it was used as a case study for a seminar during the 2007 Texas Society of Architects convention in Austin, Texas. The panel discussion, which included former Austin Mayor Gus Garcia, Dean Fritz Steiner from the UT School of Architecture, and the competition organizers, challenged architects to apply their creative problem solving skills through community activism as a means to enact positive change within their communities.
The Friends of Gus Garcia Park raised nearly $4,000 for the competition, with over $2,000 being donated directly to the park. Through the dedication and commitment of the Friends of Gus Garcia Park, and the responsiveness of the City of Austin to this cause, the park was recently granted a $500,000 grant from the Texas Parks and Wildlife Department, with a matching $500,000 from the Austin City Council. Although not yet completed, the plans generated from the competition and the $1,000,000 in funding will soon make Gus Garcia park a cherished destination for the community.
Although competition is sometimes associated with a ruthless approach, this friendly state-wide competition definitely gave the local community a sense of hope. Paul Bielamowicz and his fellow architects were dedicated to finding a solution and utilized multiple organizations to help them achieve success. Through the collaboration of these leaders, the project was granted funding, and the park will be become an even greater asset for the local neighboring community to enjoy. More information on the project can be found here.
The leaders who were successful at making the improved Gus Garcia Park become a reality, saw that it was their opportunity to make a difference. We are all granted with extraordinary talents and creative powers. As Helen Keller once stated, “Alone we can do so little; together we can do so much.” Where can you utilize your strengths to make a difference in your life or the community by analyzing problems to create positive, creative solutions? Which organizations can you collaborate with in order to make a difference today?