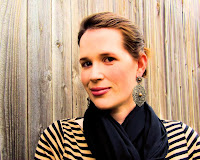 Sara Palacios is a graduate of the University of Texas at Austin with a major in Advertising and a minor in English Literature. It was during her time in college that she really fell in love with the written word and ventured into writing her own stories. In addition to writing, Sara spends a majority of her time reading the works of other authors.
I can intimately recall the day that I decided that I wanted to have it all—the day before my twenty-seventh birthday. It was a little after 4am on a drizzly winter morning when I made my way to my computer to work on the book I was writing. The early morning wake up calls had become the norm and although I would have loved some more sleep, I had a dream that wouldn’t let me. For as long as I can remember I wanted to be a writer, and for years it was normal to wake up in the wee hours of the morning, write, then go work a job that paid the bills. Yes, I was exhausted most of the time but I was relentless. So, I trucked through the days, put a smile on my face and happily put in my time.
One dreary morning changed my life as I know it. That morning, I found myself working on a scene that was particularly difficult. I had rewritten it a dozen times before and found myself tripping over words and jumbling sentences—nothing was working right. I was frustrated, beat, and quite honestly, defeated and I began to wonder what I was doing and why I was wasting so much time doing something that may never amount to anything. Insecurity and self-doubt are never a good thing when combined and sadly, on that morning, I felt like there was nothing else I could do. I felt worthless, so I gave up.
I spent the day telling myself I made the right call and that I should do something more practical and definite, and just when I felt like I was good and convinced, a little baby foot kicked inside of me for the first time. My heart flooded with love and in that moment, everything I had been telling myself all day came crashing down. Instead of fighting it, I took it as a sign and embraced it. Deep down, I knew I was better than to give up on my dreams and in my darkest moment, I believed in myself and I kept fighting.
A year and a half later, my debut novel, Love In Translation, was published. I’ve sold dozens of copies and so far, all of the feedback has been very positive—which is a relief as a writer. I am very proud of my book but more importantly, I am proud of myself. The road has been long and tedious, but at the end of the day, I can always look back and say, I did it!
Today, I continue to write and pursue my dreams as an author. Sure, there have been trying moments, but I often look back at that night and remind myself that I can do it, and more importantly, that I will. I want my son to know that he too can do anything that he dreams of, even if it is only one baby step at a time, because ultimately, we create our own destiny. Next time I feel doubt creeping in, I will push myself a little harder. Limits, like fears, are often just an illusion and with a little faith, and some dedication, anything is possible.
Connect with Sara on Twitter and check out her book, Love in Translation.
Today’s post is the tenth of the SOS Leadership Austin Leading Ladies’ Blog Series. The purpose of this blog series is to share the stories and insights of women who are answering the call to leadership in their lives. Come back each Friday to read more!

3 thoughts on “The Road Ahead”